Victor nodded at Tito and Tito dragged Dani back out of the room. Victor closed the door and walked back toward Jack. His face lit up with a menacing grin.

“I know how hard it is for you to just lie there, helpless. You like to be the one in control, don’t you, Jack?”

Jack ignored Victor’s sarcasm. Hatred burned inside of him. He wanted nothing more to get off of the bed and slam Victor against the wall, or worse. “You’ll regret this, Victor!”

Victor chuckled as he sat down in a chair on Jack’s right. “Maybe, maybe not. Still, I hold all of the cards at the moment, Jack. Shall we raise the stakes?”

Jack pondered Victor’s inquiry for a moment. Stakes? What more could Victor want from him? The only thing he had that belonged to him was Ella. Jack didn’t like this game. Hell, he didn’t like any games with Victor. Somehow, he always came out on top.

“What do you really want, Victor?”

“Oh, besides Ella? Do you honestly think a man like you could possess such a woman, Jack? She is an elusive, precious gem. Beautiful to look upon, dangerous to desire, and even harder to hold onto. And yes, Jack. I want her back. But…”

“You always have conditions, Victor,” Jack fired back.

Victor grinned and then his face grew serious. He leaned forward in the chair, and slowly joined his hands together as he curled his fingers over them. Victor’s dark eyes locked with Jack’s blue ones. They stared at one another for a long moment. Neither man blinked. Finally, Victor’s expression softened and he leaned back.

“You know, Jack, I thought long and hard about saving you. You were bleeding out on that dock. I could have let you die. Maybe I should have. But you are a formidable foe and I’ve enjoyed our decade-long battle of wits. Here’s the deal. You give me back Ella and drop whatever this case you are working on and I will give you back that pretty little secretary of yours, unharmed. Otherwise,” Victor paused as a sinister grin creased his face. He continued, “I am sure we can find some other way to make use of your pretty redhead. Your choice, Jack.”

Jack shuddered as he imagined what Victor would do to Dani. Jessica had been a pretty girl, nice figure and a pleasant face, but she was not stunning by any means. If Victor had been willing to throw her to the wolves, he could only imagine what he would to do to a woman as beautiful as Dani. With her long red hair, green eyes, pale porcelain skin and hourglass figure, she could make a man like Victor quite wealthy in the porn business. Jack shook his head to get those thoughts out of his mind. He couldn’t let anything like that happen to her.

Jack groaned and shifted his body. As he sat upright, he glared at Victor. “I have a counter, Victor. If I do this, you will pack up your business and move your operations out of my City.”

Victor’s eyes widened and he let out a brief laugh. “Your city, Jack?”

“Yes, my City!” Jack retorted. “And I will make sure your cousin doesn’t lose that cushy job of his.”

Victor lowered his eyes and raised his hands to his chin, resting his head there. He tapped his feet on the floor in an alternating pattern. After a long moment, he looked back up at Jack. “I doubt my cousin would be concerned about losing his job. Surely you can do better than this, Jack.”

“Maybe, maybe not,” Jack replied as he shrugged his left shoulder. “I still have some pull down at the 5th Precinct, Victor. If I say the right things and hand over the right evidence, an investigation could be opened.”

“If you had any evidence, you would have already turned it over, Jack.”

“As you said, Victor, we’ve been at this for ten years. You should know by now that I am a bloodhound. And that little bone you tossed me about your cousin… well, that’s only a sniff compared to what I could do to you two. I will dig and keep digging, hound you day and night, and watch your every move. The two of you won’t have a moment’s peace. You could always kill me, of course, but you won’t find Ella that way.”

“Or I could just get my cousin to order her release,” Victor countered.

“Sure, sure. You could do that. But how suspicious would that look? Your cousin interfering with an ongoing investigation and releasing the only witness we have? I can sneak her out and take the fall, Victor. You’ll be off the hook and able to leave the City without anyone chasing your tail.”

Victor stood up and paced around the room. He kept his head bowed and a hand resting under his chin. Finally, he stopped and walked over to Dr. Young. “How long before we can let this rat out of his cage?”

Dr. Young glanced over at Jack and drummed his fingers on the armrest of the chair. “I can fit him with a sling in the morning. He should be good to go by then.”

Nodding, Victor turned his attention back to Jack. “Bring me Ella by tomorrow evening and you have a deal, Jack.” 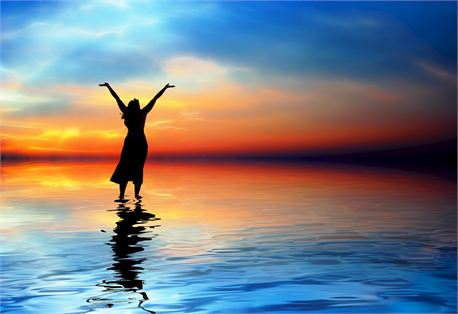 And so I do this. Strip off the layers of filth that clog my pores each and every day from the hatred, bigotry and self-righteous indignation. I take brush in hand and scrub and scrub until I bleed. Rub myself raw to give back to the Earth each cell of my being. Wrap myself in cold water, a shock back to reality. I am not the master here. I am merely Earth’s servant. As each lie I tell myself washes down the drain, I become renewed, rejuvenated and memory resurfaces. I am peace. I am love. I am.

to earth I return
renewed, rejuvenated
peaceful lamb once more