“Hey, Troy,” Rick said into his cellphone. He’d gone into the office to make the call to his boss. Rayne was still upset and crying, so he didn’t want to disturb her with shop talk. “I’ve got some info on the Haskell case.”

“From that psychic you went to find?”

“Yeah, yeah, from the psychic.” Rick listed all the details Rayne had given them.

“What do you mean it isn’t enough? You could at least check out missing or dead girls named Bethany.”

“Do you know how popular the name Bethany is? Cranston, put Bethany into the database,” Troy told a tech in the office. He waited a few moments and then reported back to Rick. “We have hundreds of girls around the Fairfax area with that name. Besides the girl might not even be missing or dead. Too many variables.”

“Oh we will, but I doubt we will find much. Keep working with the psychic. See if she can give you more information.”

“One more thing, Rick… I need you back in the field office Tuesday.”

Before Rick could protest, Troy ended the call.

Rick had been walking around Rayne’s office while he’d been on the phone. Now that he was off the phone, he glanced around the room, paying closer attention to details. Right as you entered the room, stood a large walnut desk and chair. Behind it, rows of bookshelves were built into the wall. Over to the left of the desk was a long rose-colored couch and an end table. Across from it, a series of wall shelves filled with every stone and crystal possible. In front of the window on a long, low-lying table were rows of herbs in small pots, basking in the sunlight. The window had a white lace curtain on the lower part and a row of crystals hung down on sheer wire from the upper part. He glanced down at the rose-colored carpet and smiled. The room reminded him of his cousin’s apartment in New York City.

Mazi Star was the name his cousin had chosen after she hooked up with a Wiccan group in New York City. Most of the family had disowned her and Rick had been forbidden to hang around her as a child. Ten years separated them, but as soon as Rick graduated from high school, he moved from the family home in Albany to the city and in with Mazi. She understood whatever it was that afflicted him whenever he got around angry people or involved in a tussle himself. She wasn’t particularly gifted, but she knew tarot well and made a modest living off readings. She’d been the one to encourage Rick to train at the FBI. She’d seen it in his cards.

The FBI had been a good fit for Rick. His first assignment had been a cold case. Within a few months, he had linked that cold case to six others and uncovered a serial killer. The next few cold cases he worked also resulted in serial killers. People around the office dubbed him The Buster since he’d busted so many of them. After that, any time a case involved a serial killer, he got the lead in the investigation. Which is how he ended up in Sadie Falls in Rayne Fallon’s office. The fact that he was now linked with another mystic, as he was fond of calling people like Mazi and Rayne, didn’t surprise him. Mazi had predicted that in his cards ten years prior as well.

Rick wandered out of the office and back into the seating room. Jenna was now seated on the sofa with Rayne’s head in her lap. Rayne slept as Jenna ran her hand through Rayne’s auburn hair. Rick smiled. This scene was the calmest he’d ever seen Jenna. She even looked motherly, something he knew he would never say to her face.

“Not enough information. Troy’s going to have Bethany’s named searched though.”

“I’m not surprised. They want every detail handed to them before they do a damn thing.”

“What can I say? We’ve spoiled them.”

“You spoiled them long before I came along.”

Rick sat down on the settee across from Jenna and hunched his shoulders. He felt a tinge of pain, but he wasn’t going to get into an argument of any kind with Jenna, especially since Rayne slept mere inches away.

“Did she say anything else before she fell asleep?” he asked, changing the subject.

“She’s afraid it may be too late to save Sally. I hope not, but she was pretty adamant about it.”

“I can’t even imagine what she’s going through.” Rick ran a hand through his hair and rubbed his face stubble with the other. He leaned back on the sofa and sighed. “Oh, before I forget. Troy wants us back at the field office on Tuesday.”

Rick glanced over at Rayne. She did look a lot like Summer curled up there with her head resting in Jenna’s lap. “We’ll have to take her with us.”

“Do you think she will come?”

Rick shook his head. “Honestly, I don’t know. If she is still afraid this serial killer might come after her, I doubt she has much choice.”

Jenna nodded her head and looked down at Rayne. She slowly caressed her face for a moment and then tilted her head back up. “I can put her up at my place.”

“I don’t know if Troy will go for that. You know how he feels about us fraternizing with witnesses.”

“Not in the traditional sense, but Troy will probably put her up in a safe house.”

“Come on, Rick. You know as well as I do, she won’t last a day in a safe house. Besides, we need constant contact with her.”

Rick knew that what Jenna said was true. If they had any chance of catching this guy, Rayne would have to be with them in the field and at the office. “I’ll make sure Troy understands the importance of keeping Rayne close.”

Jenna flashed him a grin.

“Since when have you two become all chummy?”

Jenna chuckled. “She’s growing on me.”

Rick winked at her. “Good.  I don’t think I could have taken much more of your cynicism.”

“You were just jealous that I was doubting someone other than you,” she joked back.

A smirk crossed Rick’s face. “Maybe. Hey, you remember that woman at the B&B?”

“Yeah, that one. She gave me a real earful when I checked out. No refund for leaving early, blah blah blah. She also gave me the creeps.”

“I know you don’t believe in my peculiar instincts, but this woman not only made my shoulders ache, but I got some seriously bad vibes off her.”

“Rayne said there is bad blood between them. Maybe she was sending you bad juju after she saw us with Rayne.”

“Could be. I’m going to get Cranston to look into her.”

“Not tell who what?” Rayne asked as she opened her eyes and sat upright.

“Never you mind,” Rick said. He leaned forward, a concerned look on his face. “How are you feeling?”

Rayne rubbed her eyes. “Groggy. What’s been going on?”

“Was my information helpful?”

“That’s still to be determined. However, Jenna and I need to go back to Fairfax on Tuesday and we’ll have to take you with us.”

“Is that really necessary?”

“It is if we are to keep you safe,” Jenna said as she patted Rayne on the arm. “You can stay with me.”

Rayne sighed. She scratched her neck and stretched her feet out. She didn’t want to leave Sadie Falls, but Jenna was right. If she remained there and had more visions, she wouldn’t be able to relay the information easily. And what if the serial killer did come looking for her? A baseball bat wouldn’t be much defense.

“Okay,” she decided. “But I should let my friends know.”

“I can’t just disappear. They’d worry themselves to death.”

“Okay, but just don’t tell them where you are going. If that serial killer did come here looking for you, it could put them in danger.”

“You are wrong about that, Agent Harris. As soon as I leave here with you, he’ll know where I am.”

“How do you know that?” Jenna asked.

or jump ahead to Part 8 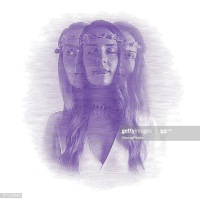 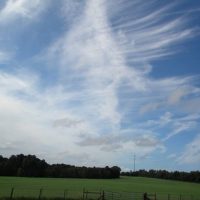 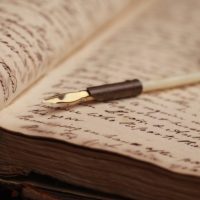 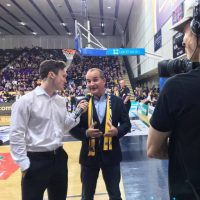 VISION STATEMENT - Sharing Truth,Inspiration, and Hope -Wherever we may find it.Windows From Heaven